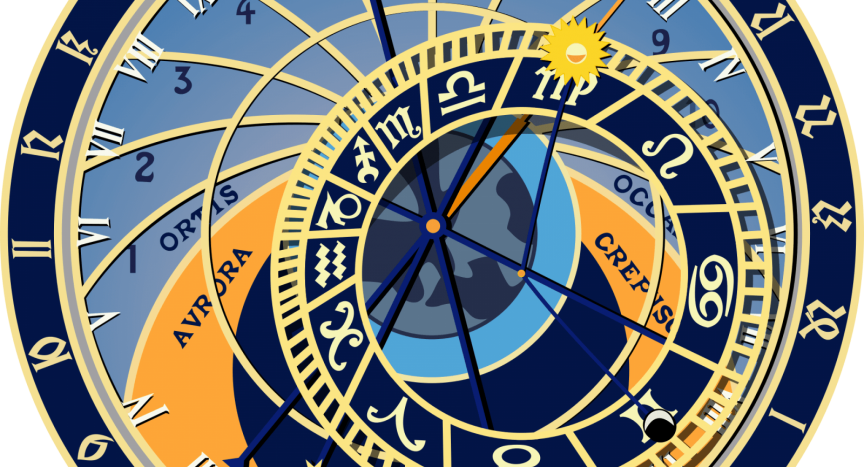 (Involving planets in the same sign, I.E.  Mars, Venus and Neptune all in Virgo)

The 0° Conjunction aspect happens when two Planets or more are in the same zodiac sign. This can be either a good or lousy thing, dependent on how aware a person is of their Astrological Natal Energies. In general planets in same signs, conjunct each other, work with more synergy and harmony.

(Conjunction of three or more planets is called a stellium, you can read about Stelliums here- article coming very soon).

The saying your either your own worse enemy or best friend comes to mind, The Conjunction Aspect is very dynamic because it marks the strong focalised expression of planetary energies, working together in the same zodiac sign.

Two or more planets that are in conjunction get blended together and are fused then intensified, this gives the potential for self-dramatisation and direct action.

However, the conjunction aspect can give you blinkered vision, leaving you blind to a characteristic of your personality if you have Mars conjunct your Neptune, you may be unaware that you can be forceful, bordering on aggressive when talking about your spiritual beliefs.

This is not always the case, but you get my point, hard aspects and soft aspects in astrology can be either positive or negative depending on how each individual uses them.

Planets in the same house, i.e. Mars and Venus in the 4th house will stress and intensify the energies of the house, for instance.

Mars and Venus in your first house will mean you can train yourself to be able to use the strengths of Mars ( drive, willpower, innovation) and Venus ( Harmony, Values and relationships) equally well.

You will not experience the same battles to merge both energies,  as someone with Mars and Venus in different Astrological Houses, would.

Planets in conjunction aspect should be interpreted as a need for you to get all the Planetary energies which are involved to work together, this can come naturally, this could be a great thing.

If two Planets can get along such as the Moon and Venus, but disharmony can take place when the two Planets are not compatible, such as Neptune and Mars.

In this case, they will be disharmony as Neptune wants slow-merging and oneness, whereas Mars wants action and is impulsive.

The key is self-awareness and insight, this is how you will get the conjunct to work best for you.

Karmic reasons for the conjunction aspect in astrology natal chart

In Karmic and Ancient  Astrology, the conjunct was an indicator of two or planets coming together to form a new personality, conjuncts usually occur in an astrological natal chart when the soul was ready to transform itself it something new.

Leaving behind its old and played out ways, yet not abandoning them altogether, throwing the baby out with the bathwater,  but by merging the two or more planets energies which are conjunct together to form a more robust and more profound character.

The conjunct is about a significant shift in how one goes about using the power of the planets involved,  the trick is to learn to merge the nuances of each planet, i.e. if you have Saturn and Neptune conjunct,

You have to find the way to serve Saturns need for Duty with Neptunes need for fantasy, it is a balancing act that requires using the positive and negative traits of both planetary energies in unison to form a new character.

In fact, when two or more planets come together, you can say they form a new planet with its own distinct traits, so Pluto and the moon coming together creates a new kind of planetary power which we can call PLUSMO, But that’s going off-topic.

Conjuncts happen at a 0-8 degree orb, but the closer, the degree orb, the more pressing is the need for transformation of how one uses these Planetary energies.

Keywords for Planets involve in the conjunction aspect: