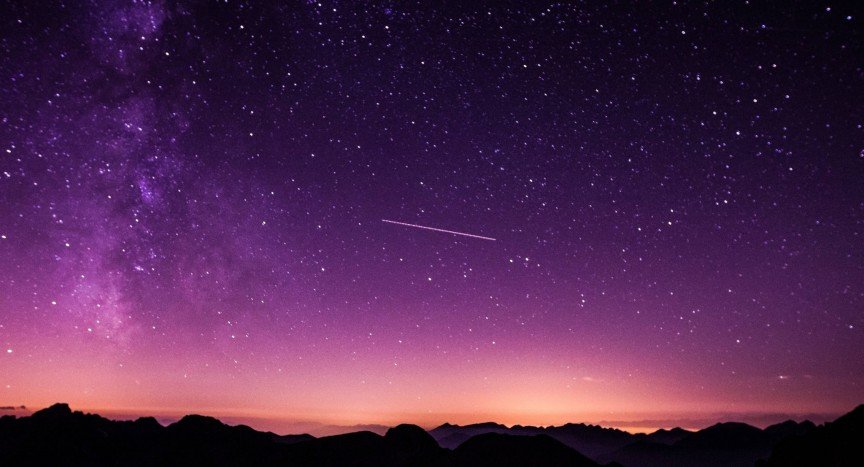 “The preservation of resources, whether that be money, time, land or relationships, will be essential on this day”

We have a stellium occurring in Capricorn on the 12th of January 2020, an abundance of planets in earth as you will see in the picture below.

North Node, Jupiter, Saturn, Pluto, Ceres, Mercury and the Sun are all in the cardinal sign of Capricorn, cardinal enterprising energy is intense on this day.

As are willpower and determination, so if you take the time to sow seeds of regeneration on this day and take some steps daily to reach your goal, your long term success is assured.

The element of Water is also highly active on this day, and the influence of air signs, which produce rational thought is low.

Guard against making any hasty decisions on this day, on right up until mid-February, 2020.

Also know emotions will run deep on the 12th of January 2020, so try and think before you act!

Although your ability to do so may be limited unless you have an abundance of   Gemini, Libra and Aquarius in your natal chart.

The moon is full, in Leo, relationships global and local will be the focus of this day, communications all types will take centre stage on this day.

The moon is quincunx Neptune on this day, on a global level someone may commit a drastic or act of violence in the name of a cause or a principle they really believe in.

On the individual level, you may find yourself battling against your need to please others in life, and you need to move forward in your life.

Some of you may get the urge to leave your past behind once and for all, cutting all ties with anything which hinders you, this is a good thing but watch out for aggressively stating your needs or enforcing your freedom.

Yes, it is your life, but try and say or do whatever you to do it a peaceful way, any harsh action or words, will backfire.

Try and find a balance in your thoughts, reactions and relationships, avoid extremes, especially extremist groups or excessively taking in fearful news

yes, there is a lot of crazy things going on in the world at the moment.

But we are not going to make them any better by becoming fearful and stressed, giving into media panics, depression, anxiety and stress is something which is crippling the human psyche at present.

I am not trying to envoke any feelings of shame nor blame, Saturn and Pluto conjunction 12th January 2020, wants us to wise up to the fact.

That they will always be restriction present in any transformational period, the trick to handling uncertainty,  whether that be economical, relationship or emotional.

Is to train ourselves to move forward even when we feel restricted, as when we can do this, any change we make, will stay, as we have had to go through the obstacle of limitation to achieve our goals.

Also, try to not through the baby out with the bathwater, we can often fall into the extremes of disregarding anything we see as stale, the trick is to take the best and leave the rest.

In the UK, the conjunction between Pluto and Saturn 2020, is happening in the 7th house, the 7th house in astrology governs partnerships.

Political   Contracts may be signed or unsigned on this day on a global level, the sun is conjunction mercury, Saturn and Pluto on this day as well as Ceres.

On the collective level, the climate change agenda will come to the forefront, they are more talks on how to reduce our carbon emissions and to save our environment.

On the individual level, some of you may feel the urge to escape to the countryside or plan to do so when the weather gets warmer if you live in a cold country like me.

The preservation of resources, whether that be money, time, land or relationships, will be essential on this day.

Saturn and Pluto are the master forms and structures, and some of you may go into deep thought and realise that the person you become has been made out of your circumstances and childhood influences.

And you may decide to drastically change your self-identity, deciding to become who you truly are.

which may come as a big shock to those who, think they know who you are.

Please visit this page if you what help with your transformational journey.

Mars is in Sagittarius, giving the energy needed to explore new possibilities,  you may find new solutions to old problems.

You may also take up a new exercise routine.

On the 12th of January 2020,  transformation and self-discipline meet and if you failed so far on your attempts at your news years resolutions today is a new day to restart your commitment.

Vulcan is in the 23rd degree of Capricorn,  on the global level they may be news of aid being giving a country(ies), which has been long overdue.

On the individual level, some of you will receive compensation or recognition for a job well done, that has been a long time coming.

Venus is in Aquarius so unconventional political allegiances may be formed, different sectors of family or communities may come together for a common goal, putting aside differences.

Give and take in relationships, is needed for transformation to occur.

Saturn conjunct Pluto 2020, on the 12th of January is offering this opportunity to form associations based on the common good.

The effects of this placement will be seen for years as it was when this conjunction last occurred in 1982, in libra.

Jupiter in Capricorn is asking us to look at our individual belief systems and our notions of fair, injustice and justice, the need for higher truth is being expanded.

We have seen in the past years and especially with the recent royal scandal, me too movement and actively questioning of governments.

That the public has opened their eyes up to the fact that status and wealth does not necessarily mean high moral standing.

Old wounds may be opened up, emotions may run high and deep, but after the storm, the sun will shine again eventually.

Jupiters influence on the 12th of January, 2020 is asking the collective to requestion relationships on all levels, primarily focusing on the legalities of relationships.

The obligations, we have to our relationships with each other, nations,  communities and family.

All forms of relationships will take centre stage throughout 2020.

There is an underlying tone of frustration on 12th January 2020, individually and collectively we may want change to happen more swiftly than it is.

Pluto is offering regeneration, but Saturn is making sure that any foundations that are laid are secure, after all, we do not want to keep building our houses on sand.

After all, it is wise to build plan’s upon rocks of security, and Saturn is providing this on the energetic level, after all, temperance is vital.

Saturn conjunct Pluto transit,  what is it all about?

The economic system we have at the moment is built on debt and is reliant on growth in the economy to sustain itself.

It is not a viable system for all; hence only 1-5% of people are earth benefiting from it…..

A new way must be built, and it will be, the period of Saturn conjunct Pluto which will continue to the end of 2020, will bring it what I have called.

The change we seek within ourselves and the World can come if we make a plan and work slow and steady towards the goal.

We will see many harsh attacks in the world, mostly verbal, with one politician saying this to darker another’s character and the other politician retaliating with even darker accusations.

The supply of people slinging accusations and mud at each other is long.

They will be a significant change in our governments, trade deals, economies, education and other institutions.

In the past few years, we have seen an influx of information once hidden in the dark coming into the light,

The mysterious transformative, domineering tones of Pluto, is influencing the status quo and limitation imposing structures of the world to change.

Which Saturn represents, this process will not come overnight,  it will be slow and steady, our outer world will transform.

As each individual’s inner world transforms, I will go more into how to survive the coming months, and years as our external world rearranges itself.

On the esoteric level, the things we see in the physical world with our two eyes.

Represents the collective psyche, the shadows and repression, which lurks beneath our surface.

Each human being knows that we may put on our pleasantries and smiles in public, but they are sides of us that we run from, hence our mass addiction and mental health epidemics.

Until we wake up to the fact that we must solve our problems and deal with our past and emotions, instead of running from them.

Then our toxic collective psychic will keep playing itself out in the way we see now in the world when we start admitting and healing our problems.

Our world will change, we can only have a corrupt system if we the people are also corrupt or willing to allow devastation in other countries for comfort in their own.

For if we where all as fine and upstanding as we profess in public, the disarray and injustice we see in the world would not continue.

As we, the people would not stand for it.

It is not anyone person fault, it is time to stop pointing finger looking for blame, as this is the old way,

Is pointing humanity to take the best structures formed on tradition and transforming them, into workable new solutions for all of humanity.

Saturn gets a sharp rap in astrology because of the limitation it brings, Pluto with its mysterious unknown tendencies, love of the unknown and control also as an influx of negative feedback.

But both planetary energies are needed to ensure balance on earth as well s the cosmos.

Saturn doesn’t restrict change, it asks us to question our reasons for seeking change, it challenges us to see past the limitations and adversities.

Because  Saturn knows change does not come overnight.

It is a process because change involves more than one person, variables or situation, the transformation Pluto is fond of needs a solid plan and behaviour to become a reality.

And Saturn provides the right foundations for long term success, so yes you can change and you will change but remember, obstacles are always involved in life.

Life is hard as M. Scott peck says in his famous book a road less travelled, I recommend it., Saturn shows us that yes life may be hard but you can still enjoy it if you learn to overcome and work with restrictions.

To deal with the effects of this transit, find out how this aspect affects your individual natal chart, you cannot control the world events or the people in it.

But you can change how you respond t the world and the people in it, yes these are uncertain times, but like in the 1980s the world went on and it will do the same now.

Governments and economics will change, but if you take steps to allow yourself to accept these changes and go with the flow of these changes, instead of pushing against them.

Or locking yourself in a mental prison, then you can create a better feature for yourself and then help bring these changes about int the external world.

Photo by Vincentiu Solomon on Unsplash

Photo by Jonathan Francisca on Unsplash

Photo by Samuel Clara on Unsplash