Some ramblings on Desire.

Desire is something us humans play with our own lives, many of us live out our lives living out other peoples desires for us our what we have programmed to desire.

I believe most humans beings go on daily with their lives without knowing who they truly are; then they die- transform.

I mean there is no death, there is only change, and it changes us humans fear the most, although in nature change is natural just like May to June, Autumn to Winter.

To be alive is to change, if you look at a plant that about to die, you can see its lifeforce is going, it is stagnated, and it is in this short of stagnated state we tend to live out our lives.

Many die without seeking nor understanding the true meaning of life, this is why many souls have the desire to reincarnate on the earth plane. The only thing is we forget all this and more the moment we are born into this physical world.

So then endless desires seep in. Many people appear to me as though they are in a trance with their actions maybe its because once I was in the same trance also. I call it a soul trance because after so many lifetimes being the same dog and not learning any new tricks. The soul pattern at least when that souls on the earth plane anyway seem to be repetitive thought, addiction, and relationship.

It is my firm believe my souls reincarnate lifetime after lifetime, living the same addiction filled lifestyles, repeating the same destructive relationship patterns and calling it a soul mate or twin flame connection.
I can see the appeal, after all, us humans want is to feel an endless connection of love. Having lived most of my life looking for love on the outside and from other people. I can wholeheartedly say the love that I sought outside, I found only within, and I assert this is the case for everyone.

The love you seek is within, you will find this connection by allowing yourself to forgive yourself for mistakes, they were not mistakes just learning curves.
Oh and try all you can to break away from caring what others think about you, must the world are in deep battles with themselves any most people hate themselves so I would take people opinions of praise or rejection with a pinch of salt. As both are fleeting, the only true sense of value and worth can only come from a sense of self. Once you find it, it is that partnership which will keep you warm in life and its storms which have to come.

We have forgotten to see ourselves as a whole; we are quick to blame others for things that we are capable of ourselves, although you may not choose to behave that way it does not mean that you are not capable of even the most wicked and treacherous of acts.
It’s just that certain souls have evolved past that level of expression, having had many self-destructive lifetimes prior in which they did carry out acts that they would not do in their current lifetime.

We must remember humanity

Yes, we humans are all different, the differences are so vast between us humans, yet we all die-transform out of these bodies we are now in eventually.
So like Mulder and Scully in Catatonia ballad of Tom Jones, that’s one thing we got in common. Also, it is the desire to do things in parts while forgetting the whole picture which has lead us astray.

Murder is wrong in any context, yet nowadays you will hear many plausible arguments explaining why murder is justifiable.
I won’t lie when I was at a different level of thinking; I thought that in some cases it was justified This is why all war is questionable; murder is never justified in any case, it always comes in the form of some retaliative action, the viewpoint of superiority or dominance.

The thing is must of us are raised to think that one group or certain type of person is better than the other, it is my firm beleifttt from life experience that we are all the same, uus human beings each are capable of the most loving and destroying acts all at the same time.

The choice is the thing we have to do good or do bad, the thing is many of us are running a self-destructive program that leads us to do the things we don’t want to do, apparently against our own will. The thing we need to do to recover ourselves out of this MAYA, is to make a choice to say we have messed up big time and to start again together.

We could begin again together. All we have to do is make a choice to change, no matter how long or hard the journey is, for letting desire run amock will eventually live us to extinction.
Even in the case of domestic violence murder, now I’m not saying domestic violence is not wrong it is, the thing is we need to look and solve the social issue of why individuals accept any form of abuse at all.
The main reason for acceptance of any form of abuse is because most children born into abusive households so come to see it as normal.

Most people, live out their lives in abusive situationships, the situation being that most individuals for the most part on a pattern of self-destruction.
According to the mental health foundation 1 in 6 adults daily, express symptoms of one mental illness or the other. It is my firm belief from research and personal observation that each person is on the personality disorder spectrum somewhere.

Social issues because of desires

The focus should be on finding out why repetitive issues like mental illness, addiction, murder, rape, child sexual abuse keep occurring in society and finding and implementing practical measures to correct the social issues that see most children being born in dysfunction.
We need to stop looking for reasons to justify societal wrongs and start correcting them. After all, it explicit sates in many of the world scriptures that Thy shall not kill, as well as judge not for you will be judged.
Yet, we are all guilty of judgment, each person judges themselves the most, especially when it comes to their desires and because we are uncomfortable with expressing our emotions and our desires.

We often act out our desires in a repressed way because most of us think that sex and other natural occurrences are wrong, and this is why they are so many toxic relationships in the world, due to wrong ideas about relationships and what is acceptable and what is not.

But that is all it is; TALK,

I made a mistake some years ago because of the upsurge of positive memes posted on social media that I was now living in some kinda utopia. Yes, I did fall into reality with a big fall, yet now am in harmony with the truth of the matter.

Desire must express correctly otherwise it will keep on killing us slowly, as we walk on in our trance-like state playing out our emotional and sexual repressions, subconsciously

We have to get back to holistic thinking and see desires as not some deformed part of us, but as a vital part of us, which has been perverted in countless ways.
To be clear desire is not perverse itself, Distorted desire is perverse. For instance, many people have experienced childhood trauma, from this trauma many individuals have formed a perverse relationship with drugs, alcohol, relationships and the way they go about sexual relations.
Many individuals are addicted to using their creative energy in destructive ways. They are many reasons for this, but the main one is that if you do anything long enough, over a period, it will become a habit. The only way to break a habit is by taking up a new habit.

Desire……the creative…..sex energy is not perverse it is an instinct, a natural energy base, what I am saying is the sexual energy is creative energy and having used it correctly and going through periods in my life where I misused this energy.
It is my firm conviction that the problems we see in the world today are all down to the misuse of sexual/ creative energy and the lack of forethought that goes into sexual relations, which result in many children being born without planning.

Children were planned and not only that ……the whole village involved in raising the child this meant that even if there was an unfit parent. They were also many other “villagers” who could step in a direction the child to the correct way, If that child’s parent had gone astray support was never far from hand.

Now it appears all the villagers themselves have also gone astray.

So you see the problem is twofold in modern times, the lack of support is missing as we all live our lives behind closed doors, mostly trying to outdo each other with how much more money we earn and the better cars we are driving.

Don’t let our desires control us

Letting our desires control us is not longer a option it is each personal responsibility to control their desires and urges- after all this is the measure of the progression from childhood to adulthood.
Sexual energy can use to destroy or rebuild your life; it is as simple as that. Well, it is not, simple, but the first step is being aware that the same energy that you currently use to destroy your life. Is the same that can use to rebuild your life it is all down to personal choice.

The first step is to understand that until you take time out to heal, understand, know and express yourself, then you are never truly living.

The feeling you keep chasing on the outside in our addictions can only be found from within each.
I have seen many parents who seem to only care about their children, in fact, some parents will even commit other children to a lifetime of poverty and depravity so that theirs can get the best in life.

It is this breaking thing down to parts that have caused an environment of reckless and blindless desire seeking within our communities and nations.

Control on Desires is important

If a person wants to change then they each need to create change for themselves on the individual level, then for their families and then extend this to their communities.

Be under no illusion if a person you involve with even if it’s your family member does not want to change and refuse to accept your bid for change, then you have to walk away from them. It is painful, but it is the only way out of a lifetime of repetitive cycles which eventually lead to bitterness and resentment.

The first step is to control desires is to find out what your true desires are and if your actions, thoughts, and ways of relating to self and others are not matching up with your lifestyle, then you need to make the steps to change.

For do not be under any illusion if you do not change your lifestyle, actions, words, and ways of relating to self and others. If you do not walk away from your self-destruction……then desire and destruction will forever hold you int heir trance.

They will be more Thanks for reading.
ANCIENTFUTUREVISION 3/7/2018 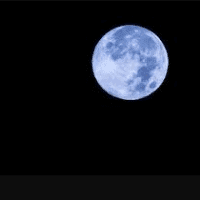 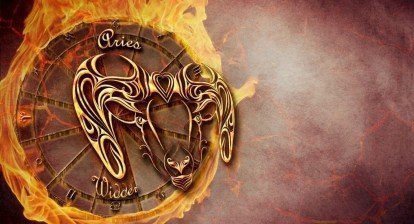 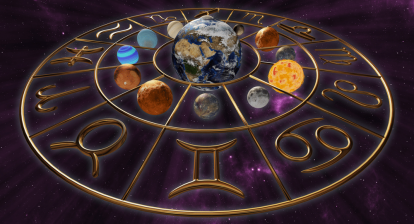