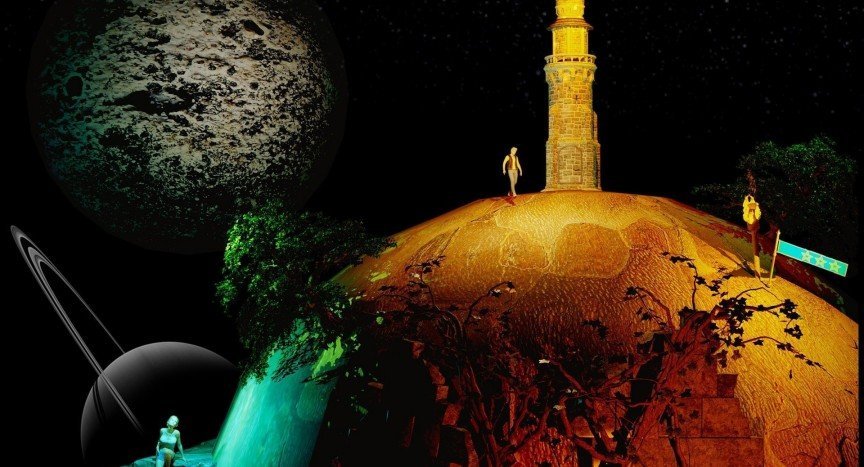 Uranus Retrograde – Interesting Facts You Ought to Know

Uranus moves slowly as an outer planet, which takes a total of eighty-four years to complete zodiac and spending roughly 7 years in every sign.

Because of this slow-motion, Uranus is viewed by astrologers as a generational planet along with Pluto and Neptune.

When it comes to astrology, Uranus is actually linked to liberation, revolution, innovation, and surprises. As Aquarius’ modern co-ruler, ( Saturn being the other) Uranus represents everything unusual, unpredictable, wild,  eccentric and unique in one’s life.

However, there are times that Uranus appears to move backwards and this motion is called Uranus Retrograde.

The Uranus stations retrograde each year and spend just under half of each year in retrograde. During such transits, Uranus appears to move backwards, recovering 4 degrees for every retrograde.

All in all, Uranus spends about 40% of its time in retrograde, the vibration of Uranus gives people two choices, die or change.

What Uranus threatens people with not death , not a physical one, but a soul-level- symbolic death, an inability to thrive in their old a familiar routine, for as famalirity sets in, one normally, rots from inside out.

Without the upending-bolts of changing,  ways of Uranus, most people would nestle deep into one’s familiar ruts. Never daring to try anything new.

Uranus also pushes people past their comfort zone and sets boundaries, which borders, somewhere between abject chaos and order, where creativity. Originality and genius thrive. 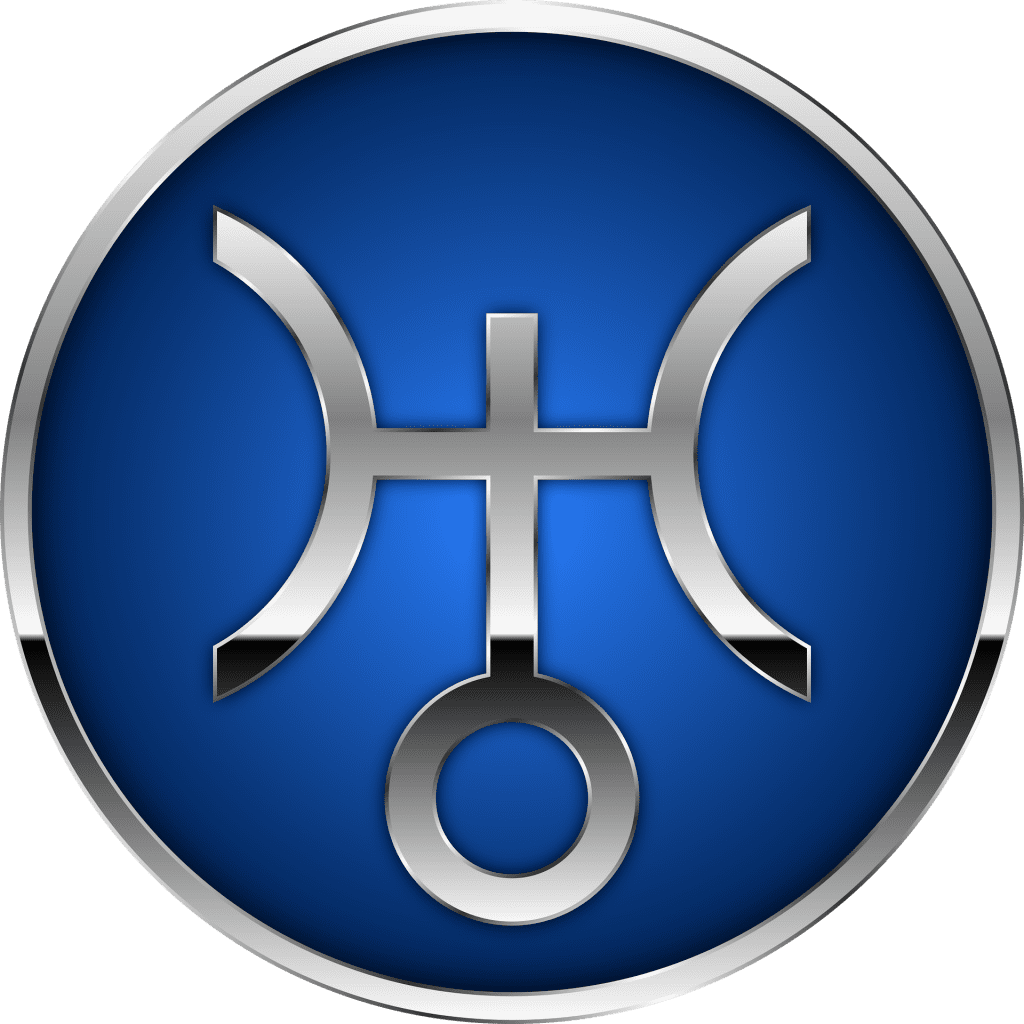 Uranus shows up in a individuals life, in lightning strike fashion, a  crackle that burns down the stale structures and life situations,  by sending enlightening visions, urging new self-expression.

A person born with Uranus retrograde in their natal chart can vacillate unexpectedly and powerfully between breakthrough and breakdown, the transits of Uranus are hard to predict in astrological interpretations as well as singular in their abilities to produce shocking and out of the blue outcomes.

Uranus serves as an awakener, which prods people to face such things that they might know already, yet struggle to confront.

Such wake-up calls are frequently and brutally timed and can force people to let go of all parts of their ego-identities, which serve only to keep them trapped in the system and in their own self-destruction.

The urge to transform your reality is produced during Uranus direct,  transits, forcefully energy cooling individuals to bring out their deepest creativity,  inspires you with original ideas and visions, some people get the urge to start humanitarian pursuits and start a weird relationship.

When Uranus is transiting in retrograde,  Uranus energy is slowed down, so yes you may start a weird relationship but you will question before you get in it.

During Uranus Retrograde, the volatile pitch and pace of the energy of Uranus are dulled and brought to a manageable level.

So when Uranus is transiting in retrograde are more likely to have the concentration and discipline to use the ideas, visions and experiences that are set to you, constructively.

Uranus Retrograde happens  about 41%  of the time, each year and therefore, it’s typical to have this phenomenon in your natal chart.

Retrograde planets in the birth chart mean that the native expresses the energy of the planet in retro, inwardly, which leads to them being unable to completely express themselves or having round-about, oddball ways of manifesting influence in the world and over others.

To get over adverse effects of planets being in retrograde, squared or opposed in astrology natal charts, a person must take time to understand their life lessons, heal their psychological wounds and emotional baggage.

As well as letting go of any self-destructive behaviour, addiction and toxic relationships which are holding them back from experiencing balance an, contentment and the feeling of wellness in life.

Ancient astrologers believed that the retrograde planet was a huge disadvantage,  whereas   Quick-moving – direct planets were interpreted as being active and vital, giving the power to manifest all resources needed in life.

While the planets that are slow-moving, in retrograde, were viewed as very sluggish, unable to manifest the vibrations and skills of the retrograde planet to work properly.

Yet on the karmic level, retrograde planets represent, lessons not learnt in prior lifetimes, which must be learned for the soul to progress, if not, life will seem like groundhog day.

Constantly repeating your past until you learn to let go of any resistance to experiencing the new in your life.

It’s worth noting that outer planets, which include Pluto, Uranus, and Neptune, hadn’t yet been discovered when ancient astrologers were creating their opinions on the retrograde planets.

Generally, Uranus Retrograde in the natal chart is less impactful compared to a retrograde personal planet like Venus and Mercury. The effects of Uranus Retrograde acquire more potency if the Uranus creates strong aspects to some points or planets, especially ascendant, north node, venus, Mercury, the sun, and moon.

The responsibility of Uranus in the birth chart is awakening everyone to practice real personal freedom, which pushes you out of the complacency through subsequent breakthroughs and breakdowns.

Wherever Uranus is in the birth chart , highlights an aspect of your life that you might feel confined or where you try to escape responsibilities.

Whether retrograde or direct, a prominently placed Uranus, typically indicates that the chart’s holder should find a way for grappling with Uranus’ wily energy,  finding the middle path between meaningless rebellion and inspired innovation.

Positively, a well placed and aspected Uranus, or indeed doing the work to manage all facets of your personality, will commonly result in high levels of self-individuation and autonomy.

If poorly expressed or aspected, the influences of Uranus may erupt as an outburst of erratic brilliance which fails to find the right expression in material reality, because of the instability and lack of consistency of personal efforts.

Yano the armchair geninus, the drunken genius stereotypes which plague the communities off humanity.

Individuals with Uranus Retrograde in the natal chart may have to expend considerable energy to gain their freedom and authentic self-expression. 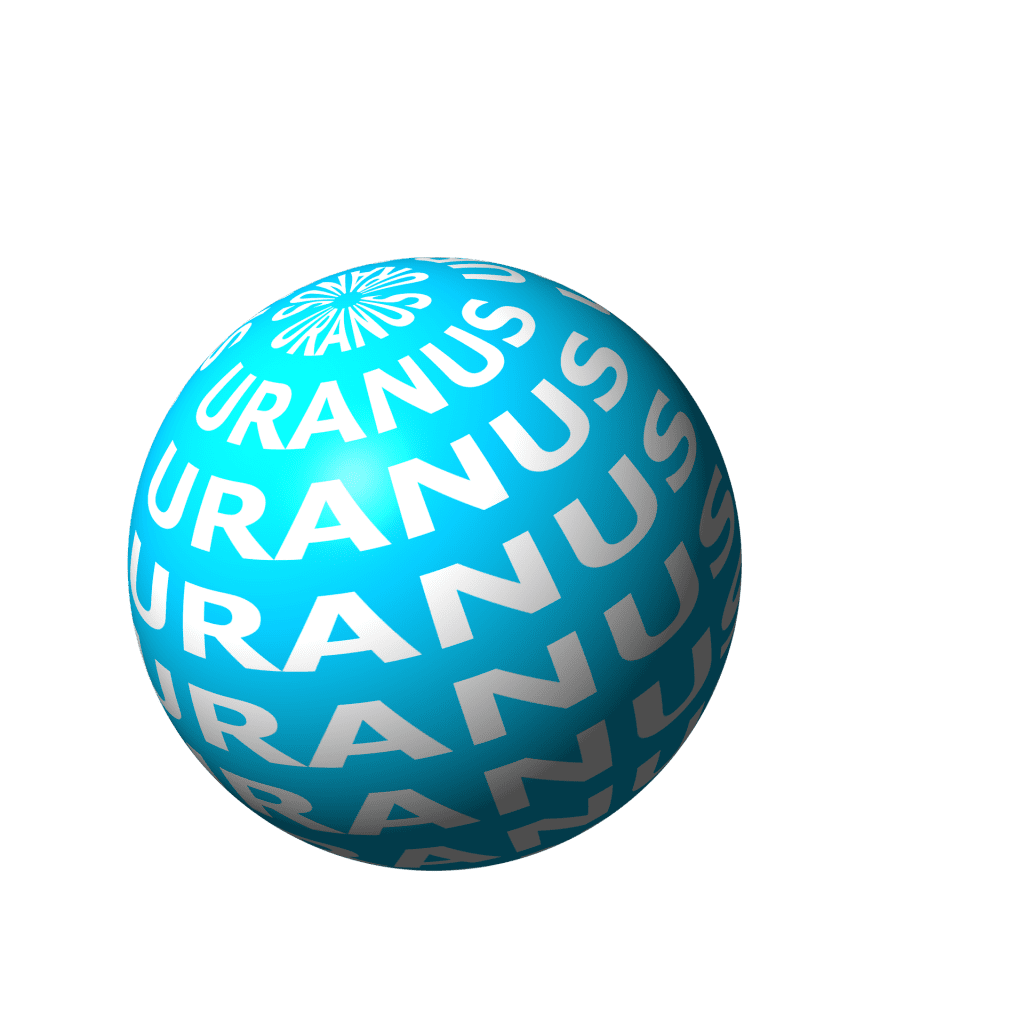 Uranus Retrograde transits cycle typically lasts for 155 days, Uranus is said to move 4 degrees backward through the zodiac signs. It’s the time of inner change in response to your life’s external changes.

Analysing, Aspects that Uranus Retrograde makes in your natal chart as well as the houses , and positions the  Uranus retrograde transit,  moves through, will provide more information about the kind of change and areas of your life which will be affected.

You might have anticipated a big change in your life and tried to initiate change.

However, nothing happens externally, no matter how hard you try, this is a sign that you must slow down, meditate, introspect and raise your self-awareness.

Uranus Retrograde transit induces the need for internal, not external changes in behaviours or attitude that are necessary to bring in the transformation you want to see in your outside environment.

If there’s another possibility, it’s the way how rebellious and disruptive your area and trying to force a radical change.

Regardless of your revolution was based on innocence or ignorance of youth, Uranus Retrograde  transits induuce high self-awareness, as well as insights into the errors of your ways.

After you realise and accept your self-destructive tendencies, starting the work to adjust your behaviour and thoughts. 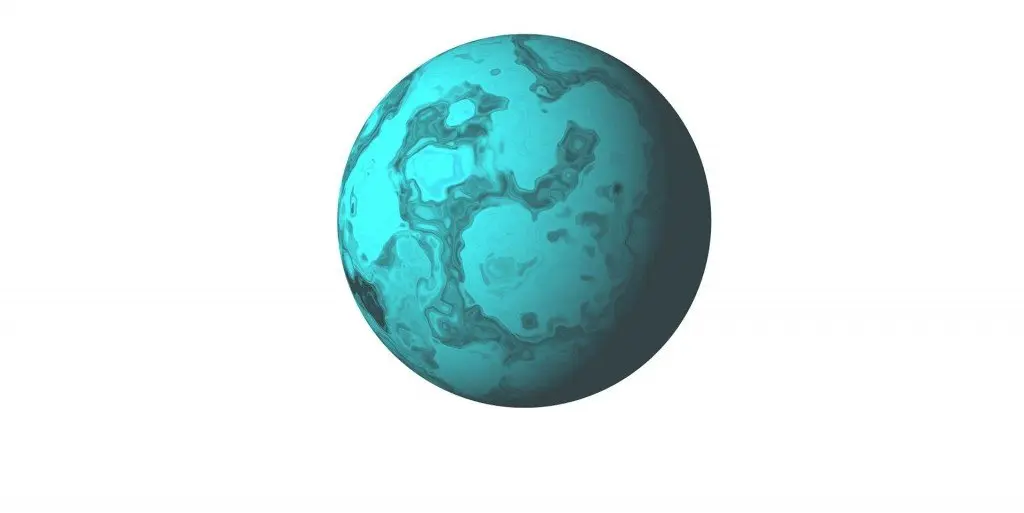 Uranus in  Retrograde iiin your natal chart makes  it difficult to be aware  of and  therefore express one’s inner individuality.

There could be a rediscovery of the ideas from the previous lifetimes. Uranus Retrograde provides you with a vast sense of responsibility for your personal growth since you sense that human progress is improved as well.

Esoterically, being born with Uranus in retrograde means, you are the future’s forerunner,  tapped into life’s richness and creativity, even though your vision is blocked.

The block in vision is there, to force you to recognise your own creativity and inner genius,   You should be original, and you should explore the new.

You should share the ideas, you find along the way of you self discovery, with other people. You’re a free spirit and your personal happiness will not and can’t be found through seeking to have others understand what you’re about.

You must dance to your own music, you must become you own personal champion, you must have indomitable faith and self-belief.

Your path can be crooked and long. However, you will know inner happiness while travelling you path, to personal responsibility and independence.

The Karma of Uranus Retrograde relates to karmic societal and family difficulties. In order to truly  relate to other people and to authentically reform humanity , your own unconscious and subconscious must be transformed, first.

Uranus Retrograde may also play havoc with relationships due to changeability that could make you appear hypocritical. Your emotional and mental bodies may struggle with one another as you know, you should do the right thing, which is usually what your small inner voice is telling you to do.

However, you can be forever in two trying to please everyone, trying to be all things to all people, hiding your real desires, for they scare you. Yes, the unknown is scary but not as scary as staying stuck in a time warp. You are here to usher in the new and innovative.

To master this placement, you must lift your consciousness above the mental and emotional bodies and concentrate on one’s soul and intuitive bodies. 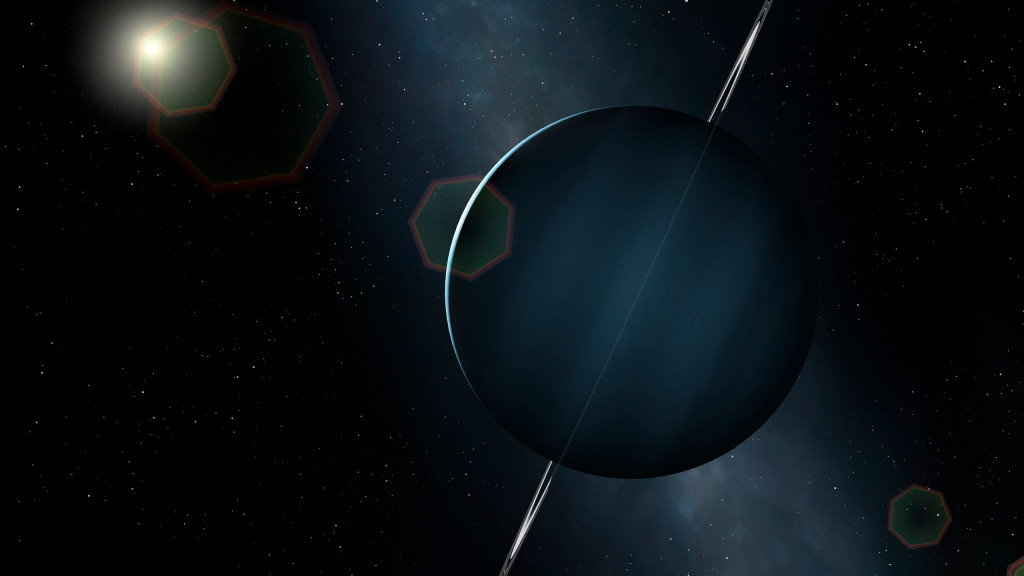 What Should You Do in Uranus Retrograde?

Uranus retrograde means going with your hunches and using your imagination. This period isn’t a great time to take the first holiday away from your lover with friends.

Uranus also helps you look at situations with fresh eyes so you will discover a whole new path.

Uranus does this for one’s benefit, it is the Cosmos attempt to push you into a new direction.

Such changes were bound to occur. Yes,  change is hard, and comfort zones are so easy to say in. However, if there’s one constant thing in life, it is the change and you should go with it after all nature and its season do!

For we must have the hail, snow and storms, to have the sunshine and rainbows.

For Uranus, the end game is cutting off and setting, yourself apart from the conventional and mundane to experience the fresh, unknown and electrical- mystical- humanitarian, vibrations.

Read about, Elements and Triplicities in Astrology: Fire, Water.Air and Earth signs