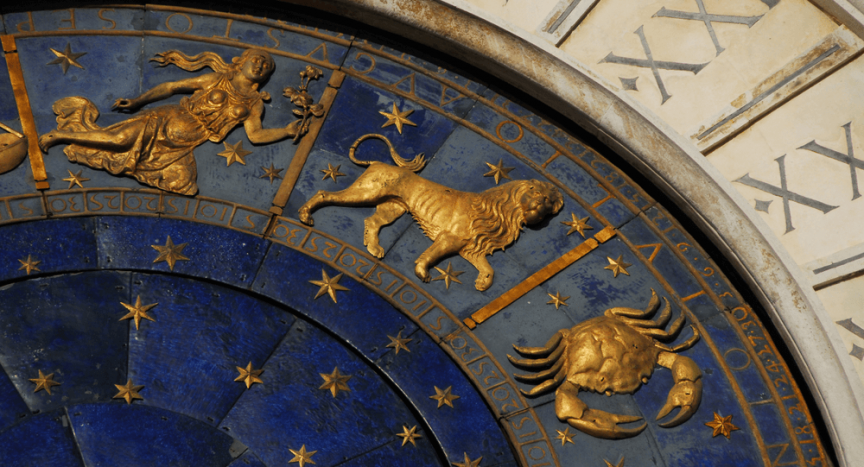 First, we will deal with the Triplicities in Astrology and the Things You Must Know, about them.

Triplicities in astrology are basically a division of the twelve zodiac signs into specific groups of three, depending on the element they belong too.

The twelve signs are divided evenly to 4 sets of 3 that are referred to as triplicities.

Every triplicity includes 3 signs, which are connected to one another by Tines in Western Astrology.

Triplicities and The History Behind It

In early Hellenistic tradition, the practice to divide the signs into Triplicities was adopted widely.

By first century CE, some astrologers associated the 4 triplicities with 4 cardinal directions, which include west, east, south, and north.

By the second century CE, several astrologers started associating every triplicity with the elements, which include Water, Fire, Air, and Earth.

Such elemental associations weren’t adopted universally by all astrologers, such as those who use the Vedic method,  even if they seem to have become usual in Astrological texts during the Medieval period, particularly after the 8th century.

In this article, we will deal with Triplicities and Elements only.

But bare in mind they are 4 Triplicities, 3 Modalities ( Mutable, Fixed and Cardinal) and 3, fire signs, 3 Air signs, 3 Water and 3 Earth signs, belong to each element.

Classic Triplicities and their day and night rulers

Elements and Triplicities in Astrology

You may be a bit baffled as to why Mars is not one of the Rulers of the fire signs.

However classically, the ancient astrology split the main 7 planets into, 2 groups based on whether they deemed them to be, diurnal-

Belonging to the day. Nocturnal- suited to the night.

The ancients placed Mars into the Nocturnal group, which is seen as cold and moist to moderate the naturally excessive temperament of Mars.

In modern western astrology, the Triplicities rulers are:

As you can see, they are no longer split into day and night rulers, Ancient  Astrologers believed that each Triplicities Lord, ruled a different stage of each person’s life.

So, for example, you were born with your Sun in Taurus, Whos triplicities rulers/ Lords are Venus, Moon and Mars.

I read triplicities in astrology this way, but I also take into account the Planetary aspects, placements and Harmonics.

According to Marcus Manilius,

The following words describe the Zodiac sign and house they reside in:

Elements and Triplicities in Astrology, continued

The association between triplicities and elements became common in antiquity are in modern times taken granted by the majority of astrologers these days.

To the extent that triplicities’ concept is sometimes interchangeable with the elements’ association with the signs.

However, Elements in Astrology, are not the same as Triciplities astrological elements symbolise the fundamental characterisation of the sign.

The Watery, Airy, Earthy, and Fiery triplicities are always harmonised, as they are all of the same element, i.e. all fire signs.

Yet not all, zodiac signs classified by an element are of the same modality or triplicities, so there is lesser harmony between them.

it’s essential not to confuse, Triplcities, Modalities and Elements in Astrology, because although they all contain the same 12 zodiac signs, they are measuring and indicative of different phenomena

When it comes to philosophy, then the triangle is sacred because it symbolizes the sense of accordance, flow, and harmony, so taking this into account we can see that there is a higher meaning to triplicities and the elements.

The Elements in Astrology, in-depth

Fire signs are Leo, Sagittarius, and Aries corresponds to intuitive type, which is impulsive, active, and unpredictable. Like other elements, it also has both destructive and positive qualities. Fire people are enthusiastic, lively, and symbolise initiative force in life.

Overall, those who are under fire sign rulership are interested in the meaning of every little thing and in various ways are involved in creativity or the lack of it!

One could also link intuitive function to all good writers, artists, and creative individuals are inspired by the fiery energy.

Traditionally, this sign is extrovert and has a long association with self-expression, and there are times with strong desires, impulsivity, and need to be noticed.

Wanting some people’s attention, such individuals can be self-centred, yet robust, but they forget the needs of others sometimes and labelled selfish, reckless, and lacking consideration.

Fiery spirits yearn to keep eternal children and possess the need to express oneself freely without restriction and with independence.

Fiery types also tend to perceive stimuli holistically and to focus on learning instead of details. They’re always chasing after each possibility and in search of spiritual drawn continuously to the fuller universal picture.

Fiery types also express themselves through symbolism, imagery, and love to read signs of their real cause, destiny, and purpose.

They have a mysterious extrasensory perception as well as a little luck with divine revelation, naturally, blessed with intuition, that fire signs don’t even call in psychic.

Fire signs think it’s a typical part of being human, so they may let the precious gift of intuitiveness go to waste.. Aries, Mars, Leo, and Sagittarius can be seen as a  divine spark and energy.

Aquarius, Libra, and Gemini are included in air signs, which correspond to the Thinking type known for being communicative, intellectual, and objective.

Air signs represent somebody who provides and requires mental stimulation.

Airy signs tend to analytical, logical, scientific, and impersonal in worldview. They view life’s complexities of life as issues to be solved and typically prefer some type of explanation for any phenomenon.

Thinking is basically a conscious element, and it’s associated with thought processes and one’s mental function.

Even if  Air is an element which can’t be touched, air fills the space, and so do Aquarius, Gemini and Libra, in their own unique ways.

This thirst for knowledge and invention makes the creation of new possibilities and social contacts.

Air signs are here to give off and acquire knowledge and are tasked with transmitting their many thoughts and ideas via all forms of communication to their peers.

Most of these people have many acquaintances with the new contacts made all the time.

Airy types enjoy reading the news, connecting with details, and their life’s driving force is in general communication.

In this sense, they make the best consultants and advisors as they can distance themselves from situations.

It’s another element, which requires personal space and hates to be restricted. Thinking element actually puts anything to an intellectual framework.

Water signs include Pisces, Cancer, and Scorpio, which corresponds to feeling type.

The feeling types are better at understanding and relating on the emotional level.

Water signs weave their way, often encountering the majority of life trials and tribulations, crossing a lot of psychological boundaries as they weather the emotional waters of the World and the People in it.

Watery element is seen as a symbol of psychic harmony which governs the soul.

which is the foundation of all life on Earth, Water is also symbolic of human beings deepest longings and feelings within.

This element is basically associated with unconsciousness, and there’s always a downward stream that links it to human psyche’s deepest recesses.

In the land of mystics, martyrs, and saviours, facing many streams, Individuals controlled by the water element can transport to another world by using their imagination.

Sensitivity is also a gift, and these people are super caring, always responsive, and empathetic.

There’s also an esoteric connection, as water is the life-giving face, yet it can take it away, this is the reason why watery types can be hard to understand.

Their emotions are hard to control. Nevertheless, water signifies depth and represents a deeper, more subtle life aspect that is feminine energy’s aspect.

It constitutes anything hidden, dark, and mysterious.

Water is the small voice, calling you home to your inner dwelling place, where you can rest in secure shores, if only you follow, the small yet most powerful voice if allowed to manifest and materialise.

They correspond to the Jungian Sensation type, which is interested in realising things, practical, as well as perceiving with senses.

Sensation function leads an individual to understand the world through what they sense.

Capricorn, Saturn, Taurus and Virgo who are dominated by this element, is practical and straightforward.

Earth signs focus on what’s visible and observable. Other than that, they heavily scrutinise everything that’s in the visible world.

The  Earthy type is firmly attached and grounded to the empirical world.

In terms of Astrology,  Earth signs are considered as the most consistent and robust element, preferring to gain understanding from reliable, practical and tangible forms.

Earth signs are all about structures, things that can be seen and work towards practical steps.

They are Sensory type’s focused highly on stability, security, and comfort.

There is also a basic need for reliability and durability.

Earthy people have strong resistance to change and would consider for everything to remain the same though it’s impossible.

They want to keep the status quo, and this blockage may prohibit growth more, often than not in their lives.

Even when the change brings the crises to one’s life, it’s always breaking old patterns and stirring something new.

They prefer what’s known and may be found planning and stuck in routines persistently.

thank you for reading this article on, Elements and Triplicities in Astrology